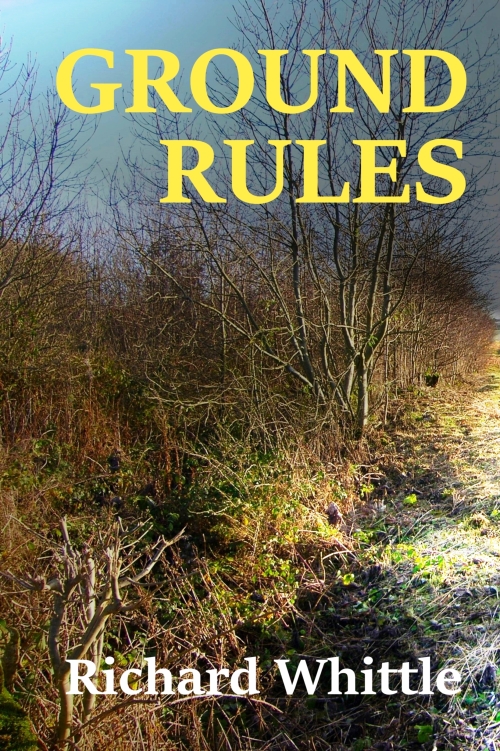 Here is the final cover for my latest novel GROUND RULES.

An alternative, black & white version was described as ‘rather scary’ and ‘not colourful enough’, so I decided on this one. I hope to get a proof copy of GROUND RULES back to me by the end of January, so hopefully a paperback will be in print (and also a Kindle version) during February.

A big thanks to all those reviewers that said they liked forensic geologist Jessica (Jez) Spargo. Because of you she has a whole novel to herself!

Excellent reviews for The Man Who Played Trains!

I am one of those writers who doesn’t particularly want to be famous (fat chance of that anyway). I simply want to write novels that people enjoy reading.

My reviews on Amazon are mainly 5-stars. Check out  The Man Who Played Trains

THIS NOVEL HAS BEEN REPUBLISHED

CHECK THE REVIEWS ON AMAZON (ABOVE) AND THEN CLICK HERE

A murder in a remote village in Scotland, the victim brutally beaten
A damaged boat in harbour, a strange crewman
A derelict house, an abandoned mine
Then other, seemingly unrelated deaths…

THE MAN WHO PLAYED TRAINS

Now at Amazon, Waterstones, Blackwells and all good bookshops

THE MAN WHO PLAYED TRAINS

The gripping new thriller from the author of ‘Playpits Park’

The Man Who Played Trains is Richard Whittle’s compelling second novel, following the acclaimed debut Playpits Park. A gripping thriller that will appeal to fans of Martin Cruz Smith, Jack Higgins and Robert Harris, The Man Who Played Trains is an addictive and complex story of conspiracy, murder, secrets and a race against time to discover the truth. It publishes 25th May 2017.

Mining engineer John Spargo is distraught when his mother is attacked in her home and later dies from her injuries. He also discovers her home has been thoroughly searched. Determined to track down her killer and discover the truth behind her death, John finds a connection between his late father’s wartime mine and the wreck of a U-Boat. The connection deepens when he discovers the diaries of the U-Boat captain and a wartime mission to spirit Göring to safety along with a fortune in stolen art. When John’s daughter Jez is kidnapped, he is contacted by a mysterious consortium. Her life hangs in the balance unless he can find the stolen art. What is the link with his father’s abandoned mine? Who was the U-Boat captain? Did he survive and hide Göring’s treasures? John races against time to discover the truth…and in doing so may unearth secrets that were better left buried…

Richard Whittle says: ‘I’m definitely a fan of the secrets people keep, and like to explore the dynamics of those who keep them – and those who want to reveal them! The second world war in particular provides a wealth of ‘conspiracies’ and outlandish plots for a writer to sink their teeth into, and there’s something compelling about exploring the impact of history on the lives, ambitions and emotions of contemporary people. My central characters, people like you and me, find that they have been dragged into situations beyond their control and from which there seems little chance of escape. For them, crimes are most definitely involved.’

Mr Mulholland (the Lord Advocate) said: “When you put all that evidence together, it’s quite clear and I have no doubt that you cannot establish, cannot prove, that Mr Clarke knew that he was unfit to drive that day as a result of an ongoing medical condition. If you can’t prove that, then you cannot prove criminal intention.”

‘Unfit to drive that day?” Really? This is a complete nonsense and the Lord Advocate must surely know it. Mr Clarke knew that his collapses were unpredictable, almost random. Therefore to say you cannot prove that Clarke “knew he was unfit to drive that day” is absolutely meaningless. Logic says that his liability to collapse at the wheel was unpredictable. Clarke must have known that he was liable to collapse at the wheel at any time. Clarke KNEW it was not predictable (it had happened before, perhaps many more times than he has admitted). Therefore, he was as liable to collapse at the wheel that day as he was at any other day. The risk was there, yet it was ignored by Clarke (and seemingly by the Lord Advocate).

Despite all this Clarke continued to drive. Surely this made him culpable? Surely the Lord Advocate can see the logic of this? Clarke KNEW he was unfit to drive that day simply because he knew he was liable to suffer one of his random blackouts. A blackout was as likely to occur on that particular day as on any other day. Therefore, he was unfit to drive. The fact that he drove, knowing there was a chance of having a blackout and losing control of the vehicle he was driving makes him culpable. QED? 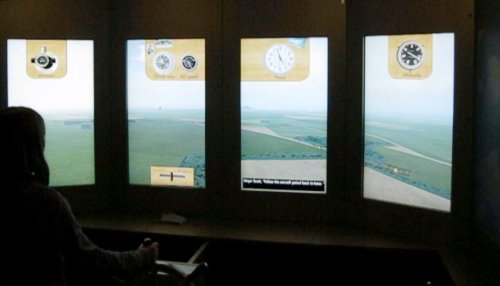 Charlotte lands an airship at the Museum of Flight, East Fortune.
(Click on the link)

When I was younger I went potholing – though in my part of the world it was more commonly called caving. For years I spent most of my weekends underground, which is probably why I still can’t tell one end of a football team from another (that, and the fact that my school didn’t have its own playing field and the council couldn’t always find one for us to borrow, so ‘sport’ was almost unknown to us). What you don’t know about, you don’t miss.

The potholes we have in Scotland are quite different. In the last twelve months motorists have reported 25,000 of them and councils are spending a fortune repairing them. A few miles from where I live about twenty of the things appeared over a few days, a row of small but very effective tank traps. Driving past them I was baffled by the way some drivers swerved to avoid them regardless of whatever else was on the road, as if colliding with something coming the other way or squashing a cyclist was a mere trifle compared with the consequences of bouncing in and out of a small hole (or even a BIG hole).

However, help is at hand. In rush hour the other day (okay, joke. In the bad old days it really was rush hour, 8 to 9 in the morning and 5 to 6 in the afternoon) I passed two elderly roadmen equipped with shovels and a council lorry. They were darting (not that anyone that age can dart, especially when carrying a shovelful of asphalt / blacktop / Tarmac) between passing cars in an attempt to fill the potholes. They were in no danger whatsoever, as the motorists using this stretch of the Queen’s Highway (can I say that in Scotland?) are well-used to avoiding things (see Para 2, above). My personal belief is that they were a strategic reserve, a potholing Dad’s Army, called in by the council to sort things out (think New Tricks).

What I did not know, and as a geologist I am ashamed to admit, is that Scotland has caves/potholes other than those that plague our roads. See this.

[Photo courtesy of AG. That ridiculously large light on my head was powered by gas (acetylene, which gave a brilliant white light) and the outsize reflector got in the way, clanging against rock and hurting my teeth. If you don’t understand, try it.]

The big suppliers might not be delivering to Scotland but our local firms are. Just up the road from me is Whitmuir Organics, a farm shop on a farm that despite the weather, and unlike the big boys, is managing to deliver food and supplies to all surrounding parts. If they can do it, why have the big retailers chickened out?

Perhaps I shouldn’t have said ‘chickened’. Whitmuir has turkeys for sale, the chickens are for the fresh eggs. So if you want a fresh, local, Christmas turkey that has been allowed to run around in the big world, or if you want to buy a lot of other interesting things in the shop (or eat in the licensed restaurant) it really is the place to go.

In Iceland this would be a volcanic eruption. In Australia it would be a forest fire. And in Scotland? Just a simple sunset.

Click the image to make it slightly bigger.
Image undoctored. What you see is what we got.

Steam, at 9am yesterday morning. Temperature 2ºC, the sun comes up and there’s steam blowing everywhere, like walking past the railway shunting yards when I was a boy. So what? I hear you say. The difference between this and the usual drifting mist is that this was fast-moving, almost billowing out from trees and hedges.

Then, several hours later, a flurry of snow, the first of the year. Last week I noticed that Schiehallion had a dusting of snow and Ben Lawers, in the distance behind it (and 131m higher) was brilliant white. Like my ceilings.